Every now and then I just get the itch to chat gear. I can't seem to help this. The primary symptom is that I start rummaging around again in what I used to call, in the Stone Age at the Dawn of Time, "The World-Wide Brochure Bin." 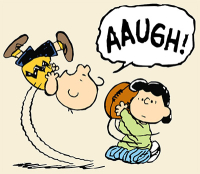 Secondary symptom, I start jonesing for something I can't have. In this case, I want a Panasonic GX9, which would be the GX8 with the latest tech from the G9. Now that the G9 is here, however, hopes for a GX9 are fading. I would now give even odds that the GX8 will be an only child in the lineup, never to be reiterated. Why? Because I want it to be reiterated, and that's historically been a very good indicator that any given product, no matter what it is, never will be. Forgive my cynicism, but I'm not just a Photo-Dawg, I'm an old grizzled-muzzle Photo-Dawg. Been running up to kick the football since forever.

So here's a scratch-the-itch question for you: Say you won a contest and you can have any camera you want, plus three lenses for it, but the company wants the promotional value and you have to use that camera for the next two years and nothing else. Which format would you choose? —"Medium" format, "full" frame, APS-C, Micro 4/3, 1-inch, or smartphone?

Answering my own question, I think I'd a.) torture myself for three weeks over the Fuji GFX 50S, driving myself just short of insane, then b.), in a puddle of my own neurotic sweat, get a Micro 4/3 camera with IBIS. (Or this one.) Because, really, Micro 4/3 is all I need.

Have a nice weekend. It's going to be warm here, which I dread...it's been such delightful Winter weather. We'll be back on Monday morn.

Original contents copyright 2018 by Michael C. Johnston and/or the bylined author. All Rights Reserved. Links in this post may be to our affiliates; sales through affiliate links may benefit this site.

(To see all the comments, click on the "Comments" link below.)
Featured Comments from:

JOHN GILLOOLY: "Well, since you want a camera that doesn't exist, I'll do the same. I want a Nikon M850. The D850 but mirrorless. Very simple."

"My reason is simple. The Sony A9 is small enough to travel, which I do a lot. It is a fantastic video camera. But as a still camera, it is crazy fast and responsive. You feel like you can throw anything at it and it will handle just fine. The 24–105 ƒ/4 lens from Sony is good enough for most situations and it is very compact. If I want to do portraits, the Canon 85mm ƒ/1.2 has the medium-format look and it focuses fast enough via the Sigma MC11 adapter on Sony. Lastly, the Sony 100–400mm zoom is the size and weight of a 70–200mm ƒ/2.8 yet it covers the range of sports and wildlife.

"With the A9, I wouldn't worry about poor lighting or camera shake. The combo allows me to shoot handheld down to 1/15 of a second."

Benjamin Marks: I am intrigued by all those who responded to the prompt 'any' with the words 'good enough.' C'mon people! Dare to dream! Or to covet.  ;-)  I am not sure which.

"To go to 10,000 feet: I'd like to start with two premises. In the tradition of Saturday-morning Internet posters everywhere, I have no idea whether or not they are true. They are these:

"Two fundamental shifts have occurred in photography since 1985, the year the bug bit me. The first is that the default mode of display/consumption of photography for most of us has moved from paper to pixels. The second is that as the the gear has become a consumer good, the cost gap between the 'entry fee' and the 'pro ticket' has widened by an order of magnitude. I think this because the short product cycle has required manufacturers to recoup product development investments over a much shorter product life and a correspondingly small number of units sold. So I would use the 'wish' that our resident djinn has granted us to bridge the financial gap that I cannot traverse myself.

"For example, if I wanted to get into medium format, or large format photography in, say 1991, there were many paths to do so, including participation of the thriving market in decades-old used pro gear. If I want to get into gigapixel photography now (or whatever it is that the new Hasselblad 6HD-400C produces) there are really only a couple of paths—all very, very expensive. Or put another way, you could always spend a lot on top gear, but the cost now is measured in multiples of my annual gross income rather than in big, troublesome fractions.

"With all this in mind, I am dreaming big: put me down for the above-mentioned Hassie with whatever fits in the box for wide, medium, and mild-tele lenses.

"...As I address the what-would-you-purchase question, I would also like to address the persistent irony that despite the default viewing mode being digital there is almost no digital display venue—or practical bandwidth wide and fast enough—that is a good practical match for the wonkta-pixels that top cameras now produce. Crazy!

"So: in this I-won-the-lottery fantasy, you also have to arrange for delivery of a computer spec'd to deal with the files, storage for the monster files, a monster printer (à la Graham Nash) worth of printing the monster files and a small heated building over by the barn to house the printer and workstation. Oh and a storage system for the large, large prints. And I would like a studio big enough to do group portraiture comfortably indoors (you can tack that on to the printing studio). On this last, please include north-facing skylights/sliding floor-to-ceiling windows and a way to screen off light from the same.

"OK. I'm good now. Once, you pry the lid off the yawning chasm of material desire...(or give a photo mouse a cookie) there is just no telling where you might wind up. Now: Djinn, get on back in that lamp!"

Mike replies: OK, as soon as the song is over.

Hugh: "Three lenses is the key...35mm ƒ/1.4, 85mm ƒ/1.2, 135mm ƒ/2. Which means it has to be Canon. I’ve used those (or the FD equivalents) for over 30 years. I’ve used a 5D since the first one came out. They may not be perfect, but they always do the job. I’ve had expensive flirtations with Olympus and Sony in the quest for something smaller and lighter. Never happy. I want the 'full frame, wide-open lens' look. I’ve got a phone for snapshots.

"By coincidence, I sold everything except those three lenses, and bought a 5D Mark IV last week. The decrease in stress from simplifying my choices is incredible. If I want less weight, I just carry the camera and 35mm lens. If Canon offered me the new 5DM (mirrorless) body I’d give it a try for two years...."

John Camp: "I'd go for the GX9, which I have to believe is coming, because why would any camera company stop on an...8? Think about it. You'd stop on a 9. Then, instead of going to double digits, you'd come up with some other designation for your ongoing rangefinder lookalikes. Like the Roman numeral X, followed by XI. The G9 is really nothing like the GX series—it's wider, taller, fatter and quite a bit heavier. So I'm looking forward to seeing the Great Pumpkin...I mean, the GX9. (See what I did there, the clever reference to Peanuts?)"

George Andros: "I retired two years ago and made two changes to my photography. As per your suggestion I went to OC/OL/OY: one camera, one lens, one year (now in my second year). Leica M240 MP and 35mm ƒ/1.4 Summilux. When I review my pictures it's sometimes hard to believe that they are all made with one lens. No regrets."

Mats: "The problem with choosing a system and lenses is that I always end up changing my mind and deciding that there were some other characteristics that I really needed (wanted), that would make me happier...to make the point, I currently have a Hasselblad X1D with 45mm and 90mm lenses. Yet if I were to choose one camera and three lenses today it would be a Nikon D850 with 28mm ƒ/1.4, 105mm ƒ/1.4 and 200mmm ƒ/2."

Tom Hassler: "Great thought experiment! It's always fascinating to read what people choose and why. And also interesting how removing the money component has such an influence.

"For myself, the immediate reaction was to swing for the seats—get something that I could never afford on my own. But as I mulled it over I realized that 'more camera' wouldn't really make me happier.

"And here's the real surprise: I already shoot this exact kit on a regular basis. It's compact, discreet, makes great-looking files and my back and shoulders thank me daily.

"When I retired a couple of years ago I vowed to try harder to 'want what I have.' Your post helped me realize that maybe it's working!"